Because he was raised to respect nature, Chef François Pasteau has always felt concerned by the preservation of our planet. In the kitchen of his restaurant as well as within activist organisations, he wants to do the right thing for Earth with “a cuisine that cares about the environment.” 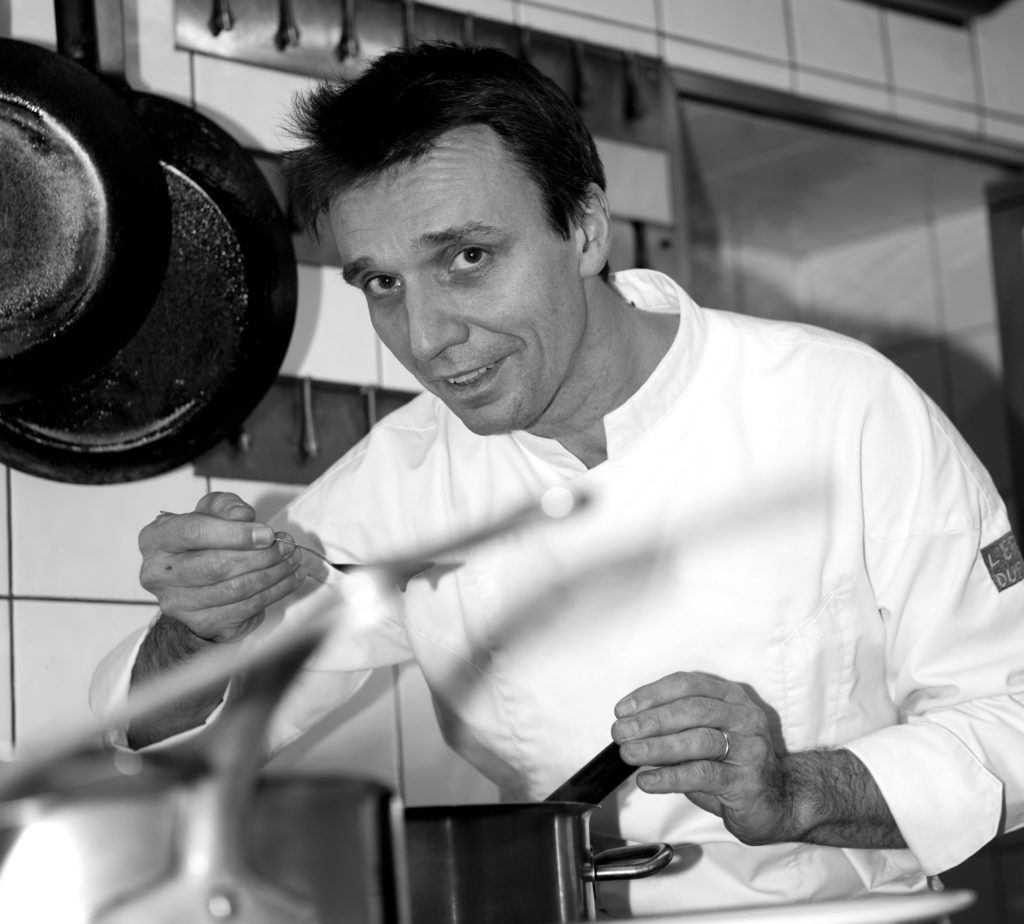 With 4 years’ experience working in the US, Chef François Pasteau could have decided to discuss the different management styles in American and French kitchens:  the friendly and open-minded atmosphere of the former vs the strict and authoritarian style of the latter.

But he cares more about the environment and its protection than about men and their management.

A Chef aware of the issues of environmental protection

Even though he spent his childhood in Paris, he learned to respect nature and animals, and he grew up around dogs, tortoises, rabbits, hamsters, turtle doves, etc. And as a Sea Scout, he took a keen interest in seas and oceans. This is why it was natural for him to place nature at the center of his work and of his cuisine.

While «not wasting is essential financially» for any restaurant, François Pasteau is truly committed to it, and he applies in his restaurant the good practices he advocates in activist organisations.

He likes to say that “not wasting, focussing on sustainability while cooking, means respecting the product and using all of it. And this respect for the products cannot be separated from the respect for the men and women who harvest them: the farmers and fishermen. THEY should be in the spotlight, not the chefs who would be quite helpless without top quality ingredients.”

Since 1995, Chef François Pasteau has served at his haute bistro restaurant L’Epi Dupin food that respects the environment and does not affect the climate, made with local, in-season ingredients and sustainably harvested fish. The restaurant serves microfiltered tap water, recycles its waste and cooking oil, etc.

With his good practices, François Pasteau aims to send a message to consumers. The menu of his restaurant is quite educational and presents his values and the organisations that represent them.

The Chef has also decided to put the spotlight on vegetable products, which are listed before animal proteins in the description of each of the dishes – for instance “Celery risotto with escargots casserole in watercress ; Minute-cooked Pontoise sprouts with walnuts and apricots; free-range guinea fowl breasts ; Wok of season vegetables and braised fresh scallops.”

This very different description – instead of the traditional listing of fish or meat then greens – makes the diners curious. By answering their questions and telling them about his work focusing on top quality greens, François Pasteau aims “to raise awareness, to slowly and softly change the customers’ behaviours, and above all to please and feed them!” 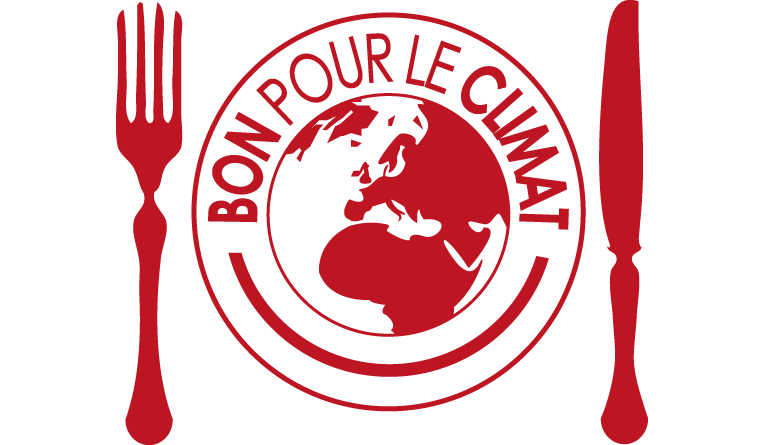 Besides being the chairman of NGO Sea Web Europe (an environmental organisation acting for the preservation of oceans and sea resources, mostly by using sustainably harvested fish), François Pasteau was also a founding member of “Bon pour le climat“, in October 2015.

As he saw the negative effects of meat in terms of greenhouse gas emissions, and as he felt the need to continue feeding everyone on the planet and to act right now, he chose “to promote vegetable products in food.”

François Pasteau likes to remind people that « in the 1950s we ate 100 grams of meat per day, today we eat 250 grams – this is too much. Better eat less, and better meat. Better quality and smaller quantities are preferable, for the producers’ work conditions as well as for the customers’ health.”

The association “Bon pour le Climat” (Good for the Climate) has already gathered a hundred restaurateurs who took the commitment to offer on their menus at least 2 appetizers, 2 entrees and 2 desserts that are « good for the climate, i.e. made with more vegetable products and less animal proteins. »

Restaurateurs and consumers, acting together against climate change

The website of the organisation offers everyone the opportunity to measure the carbon footprint of their dishes with a footprint calculator. “Restaurateurs and consumers can then act positively by becoming aware of key issues and gradually changing what is in their plates.”

“If many Chefs are now committed to sustainability, to respecting seasonality and local consumption, it is still difficult to convince them of the importance of reducing the use of animal products. But we are working in this direction, and trying to raise awareness among the Chefs of tomorrow, in catering schools.”

“Younger cooks are especially eager to hear about these questions, about respecting the products and protecting the planet.”

In fact, as he tells the young ones, “being good for the climate is not complicated at all. All you have to do is ask yourself the right questions at the start, give yourself a little time and develop the right attitudes.”

These individual endeavours may very well, if imitated by professionals and by households, allow us to give future generations a cleaner planet. 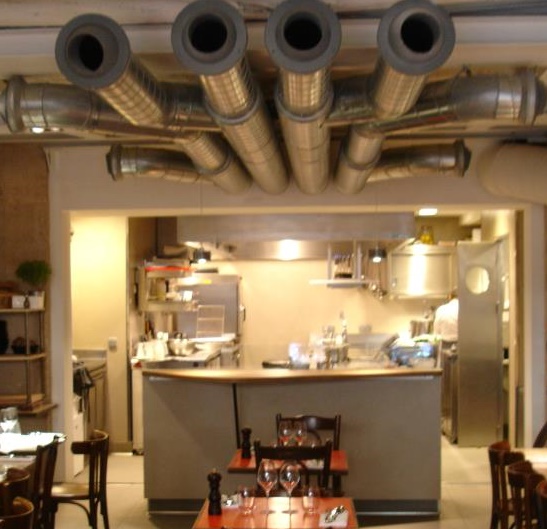 Tart with raw-and-cooked local greens
Chef François Pasteau’s recipe is of course good for the planet with a reduced carbon footprint. Made with local and in-season vegetables, this Tart with local raw and cooked greens is a colourful starter!